Rare Intestine Transplant Saved the Life of a 46-Year-Old at Apollo Hospitals, Bangalore

India Witnesses a Rising Demand for Weight Loss Surgeries: Over a 100 Surgeries Performed Each Day

Bariatric surgery- All you need to know !!

Narainen Rajendra from Mauritius Gets a Complete Health Checkup from Global Hospital, Chennai to Clear his Doubts

Martin from Zambia gets a Successful Hernia Surgery at Medanta Hospital.

Aatmanand Seegoolan From Mauritius Falls Prey to Misdiagnosis; Finally gets Relieved in India.

Dr. Rajesh Puri, A great Gastroenterologist who is Known His Positive Approach

Q. Who is a gastroenterologist?

A. A Gastroenterologist is a doctor specializing in the conditions related to the gastrointestinal tract comprising of the oesophagus, stomach, small intestine, and large intestine. This also includes some other digestive system organs such as liver, pancreas, bile ducts and gallbladder. The gastroenterologists provide consultation in the office and also perform endoscopic procedures such as endoscopy or colonoscopy.

Q. What is Whipple surgery and what is its survival rate?

A. The Whipple procedure is the one done for the removal of the head of the pancreas and duodenum (the first part of the small intestine), the gallbladder and the bile duct. The removal of these parts is followed by reattaching the remaining organs for proper digestion of the food after the surgery. It is most commonly used to treat pancreatic cancer confined to the head.

The surgery provides 5 years of survival rate of 20% in people with pancreatic cancer. Patients in which the lymph nodes have not been affected, the 5-year survival rate is around 40 %. It is mostly used to cure patients with low-grade tumors.

A. Oesophagal cancer can be caused by several factors, alcohol and tobacco consumption is the primary causes. Sometimes the dietary factors may also play an important role in the development of esophageal cancer. For example, Vitamin A, iron and riboflavin deficiency is shown to cause esophageal cancer. Certain medical conditions that may increase the risk of esophageal cancer include tylosis, long-standing untreated achalasia, prior mediastinal irradiation, Barrett’s esophagus, and chronic reflux esophagitis. You may also like to read more about Stomach cancer and stomach cancer treatment cost in India

Q. How is GERD treated?

A. GERD means Gastro -Esophageal Reflux Disorder. It can be treated in several ways. The first line of treatment is dietary and lifestyle changes. This includes the reduction of food that increases the gastric acidity or reduces the pressure of muscle at the lower end of the esophagus. Large means increase the gastric pressure and thus increase the reflux. Beverages like coffee, alcohol, acidic liquids also affect the esophageal peristalsis.

In addition, always elevate the head of the bed at night to prevent the reflux. Smoking should be prevented. Sometimes, medications are also given such as anti-suppressing agents. The last option of treatment is surgical treatment, known as Nissen fundoplication. 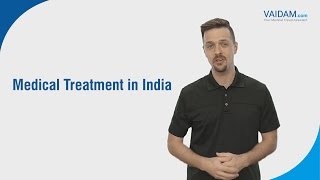