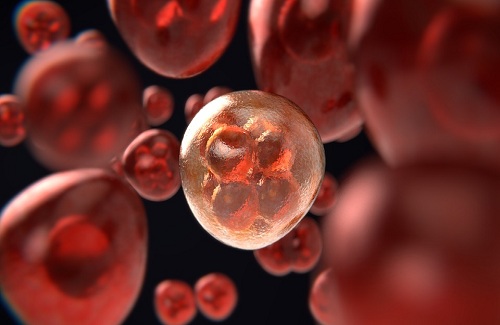 Blood cancer is also known as hematologic cancer. It originates from the bone marrow, where the blood is formed. The blood cells start multiplying rapidly at an abnormal rate. This interference with the functioning of normal cells such as fighting the infections and production of new blood cells.  Depending upon the type of blood cancer may be of the following types:

How is blood cancer diagnosed?

The most common diagnostic tests which are done to diagnose blood cancer are:

The blood tests are done to check the following things in the blood cells:

Other than this, there is a process called staging which indicates the extent to which the cancer is spreading and also its severity. It also helps in knowing the exact type of cancer, and its location. However, each kind of blood cancer has its own criteria for staging.

What are the 3 types of blood cancer?

Abnormally rapid production of white blood cells is referred to as leukemia. It is usually found in the blood or in the bone marrow. Leukemia is of 3 types:

Acute lymphocytic leukemia (ALL) - It originates from the WBCs present in the bone marrow. If not curbed on time, it may rapidly grow into an advanced stage and crowd the normal white blood cells. ALL is mostly found either in children between 3 to 5 years or aged people above the age of 75 years. Other than this, people who fall in the following categories are more likely to have Acute lymphocytic leukemia:

Acute myeloid leukaemia (AML) - Myeloid cells are responsible for dendrite formation and normally grow into the white blood cells, red blood cells and the platelets. In cases of AML, the number of healthy blood cells is reduced. Acute Myeloid leukemia grows more rapidly as compared to the other types. It mostly affects people of age more than 60 - 65 years. It is more common in men than in women. The following categories of people also have more chances to acquire AML:

Chronic lymphocytic leukemia - This is similar to acute lymphocytic leukemia. However, the symptoms in CLL are not detected for several years. It also affects people who are older than 70 years, having a family history of blood cancer, or those who have been exposed to substances like weed killers or insecticides.

Chronic myeloid leukemia - This starts in myeloid cells and progresses gradually. This is more common in men than in women and affects adults more commonly than children.

If you wish to read in detail about Leukemia, check it out.

Hodgkin’s lymphoma initiates in the immune cells called B cells. People having Hodgkin’s lymphoma have larger lymphocytes which are called Reed-Sternberg cells. This is a fatal condition but thankfully with new methods and techniques, we have now had the treatment. Here is a picture of swollen lymph nodes from the armpit area. Myeloma is a cancer of plasma cells. Plasma cells are responsible for producing antibodies that fight infections. Usually, the myeloma cells are produced in the bone marrow and travel to the bloodstream. However, sometimes, the cells get collected in the bones. This condition is called multiple myeloma. The signs and symptoms include anaemia, kidney damage, weight loss, excessive calcium in the blood etc. 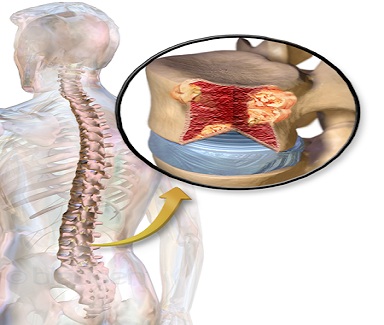 Most common signs and symptoms of blood cancer

There might be some other signs indicating blood cancer:

To know more about the signs and symptoms noticed in blood cancer click here.

What is the main cause of blood cancer?

The most common cause of any type of blood cancer is a change in the genetic system. These mutations cause the blood cells to grow and divide. The actual problem starts because these abnormally grown cells do not die on their own when the life cycle ends, like the healthy cells. However, they continue to grow and occupy more space. These cancerous cells when start crowding the normal cells, they create hindrance in the growth and function of normal cells.

The risk factors involved are:

Some other risk factors include,

This is a much broader question and cannot be answered in one single sentence. The answer greatly depends upon several factors such as the stage of cancer, location of cancer, overall medical health of the patient, body’s ability to take the treatment without much damage etc. The treatment may be high or low-intensity treatment. It depends upon the fact that up to which stage the cancerous cells are malignant.

The intensive forms of blood cancer treatment include:

Chemotherapy is one of the most commonly used treatments for blood cancer. The drugs may be given orally or administered into the vein. These medicinal substances travel in the bloodstream and kill cancerous cells. Chemotherapy is mostly used in combination with some other form of therapy such as bone marrow transplant.

New methods and techniques are being innovated to increase the effectiveness and reduce the unwanted effects such as,

What precautions are needed for patients who take chemotherapy?

Certain categories of patients need extra precautions if they are taking chemotherapy such as,

What is the survival rate of blood cancer?

Usually, when it comes to checking the five-year survival rate of some fatal illness, one checks the percentage of people who are able to live for 5 years after diagnosing cancer.

How does the role of Vaidam Health come into play?

Vaidam Health acts as a digital mediator helping you to get an accurate treatment in India with a pleasant experience. Right from choosing the best cancer hospital in India and the best doctor to the drop off to the airport before you leave back to your home, Vaidam is here to assist you for everything. The patients need to post a query on the website, and they receive a call back by a case manager. Thereafter, the case manager will assist in everything.

Other than from accommodation options in the country, we also help in visa application, pick up and drop from the airport and keep a tab of all the recreations that you require on your medical tour to India.

How Long Does it Take to Fully Recover From a Bone Marro ...

Can You Travel After A Bone Marrow Transplant?

What is The Life Expectancy After a Bone Marrow Transplant?

Global Hospital, Mumbai Removes a 16 kg Tumour from a 39-year-old in a 6 Hour Surgery

A Complete Guide to Immunotherapy Treatment in India