William Singh is 57 years old from Suva, Fiji who had been suffering from cardiac issues for a year or so. His problem started with elevated levels of LDL (bad cholesterol), which was attributed to his regular intake of seafood. William Singh used to eat a lot of seafood as he worked with a restaurant. This led to the deposition of cholesterol along the blood vessels. Soon he consulted Dr. Shahin in Fiji, about his symptoms who ordered the heart-related investigations for him. The angiography reports revealed that William had a severe blockage in the blood vessels. There was nearly 95 % blockage in his Right Coronary Artery and also had severe TVD (Triple Vessel Disease). He was advised to have Aortic valve replacement along with the Cardiac Bypass Surgery.

Due to limited resources in Fiji, the patient wanted to come to India for his surgery. As he came to know about Vaidam Health on the internet, he posted a query on their website. This was followed by the entire process of his arrival to India. A case manager from Vaidam contacted him and asked for his reports. Then, he received a few opinions from some of the best cardiology hospitals in India. Initially, he was very fearful and anxious about his visit to India. However, after watching some videos by previous patients and reading the patient stories, he was able to make up his mind. Ultimately he decided to come to Indraprastha Apollo Hospital, New Delhi. 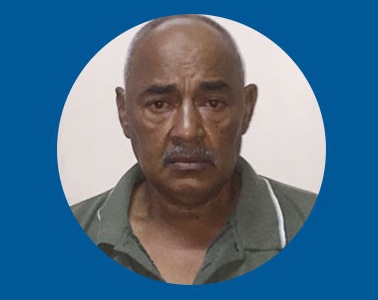 After completion of the entire process, William came to India on 6th December 2018. He was received by a team member and taken to the hotel. Thereafter, his appointment was fixed with Dr. Amit Mittal. Dr. Mittal in interventional cardiology at the hospital with experience of nearly 15 years. During the appointment, a detailed case history was taken and the patient was sent for the further investigations. Only after the reports came back, the doctor confirmed that the patient will need an Aortic Valve Replacement in which both his valves would be repaired along with the CABG surgery. Soon the surgery was performed successfully. He stayed at the hospital for around 10 days with his two daughters. During his discharge, he had a detailed session by the doctor about post-operative instructions and lifestyle changes that he would need to make.

William flew back home on 26th December 2018. He was worried at the beginning about the stay and safety of his daughters. However, when asked before his departure, he was highly elated by the hospital and all other services provided to him as per his preferences.

Vaidam Health wishes him a long and healthy life ahead.

Suffering from a Large Tumour in His Stomach Faiyum Moha ...

After about a Decade Idrissa Jumbe Mkilla from Tanzania ...