When Jeanmichel's back started to ache, the 51-year-old resident of Mauritius thought it was just a normal part of the aging process for someone as active as he was. "My daily activities are quite extensive, this ensures that I get the required physical activity that my body needs," he says. "I thought maybe I was just getting older and trying to do too much."

When his mild ache turned into acute back pain and numbness that radiated down, he went to see his family doctor, who, knowing how active Jeanmichel was, agreed his symptoms were most likely the result of stress and physical overexertion.

Over the next few months, Jeanmichel followed his doctor's advice to rest, and tried both prescription and over-the-counter pain relievers. When these non-surgical measures failed to help, he tried physical therapy and chiropractic care. "Both made me feel better for a little while," he says, "but, because of my experience with the pain, I realized that what I was doing was simply pain management. It wasn't actually helping my condition, just helping me deal with it."

Jeanmichel continued to manage his lower back pain conservatively for more than a year. By this time, the severe pain and numbness in his back extended into other parts of his body. Jeanmichel tried to keep up with his medication and therapy sessions as much as possible, but found that dealing with his back pain left him with little energy to spare.

"It got to where all I wanted to do when I came home was lie down," Jeanmichel recalls. One afternoon when Jeanmichel was working at home, a new symptom emerged that made him decide it was time to get more aggressive about identifying and treating the cause of his problems instead of just masking it. “Out of the blue, I noticed I was having trouble sitting upright, even though I had help," Jeanmichel says. “That's when I went back to my doctor to get a deeper analysis of the problem."

Looking for treatment options online, Jeanmichel was shortly contacted by Vaidam Health. Looking at the list of best hospital for spine surgery in India, he finally decided to get treated at Artemis Hospital in Gurgaon. Arriving in New Delhi on the 15th April, Jeanmichel awaited his proposed day of appointment with spine specialist Dr. Hitesh Garg.

Upon examining the patient, Dr. Hitesh Garg ordered an MRI, which revealed a dramatically ruptured disc. This was compressing the adjacent spinal nerves and causing excessive pain. After closer review, Dr Garg could draw a conclusion: Jeanmichel was suffering from degenerative disc disease in L4/L5 and L5/S1 vertebral levels. In this condition, the spinal disc loses integrity and requires a surgery called decompressive laminectomy. “I was shocked and felt as if I was going to faint,” said Jeanmichel.

The surgery was scheduled, the very next week. Dr. Garg, one of the top 10 Spine Surgeons in India, performed the decompressive laminectomy at the L 4-5 vertebrae, the most common site of a disc rupture in the lumbar (lower) spine. He removed the defective disc material while creating breathing room for the nerves.

Jeanmichel’s decompressive laminectomy surgery took place on a Friday, and he was cleared to return home in a few days. When he left the hospital, he was able to walk out with the help of crutches. “I could immediately tell something was different," he says. "Dr. Garg told me I would get better quickly. By the next day I took a short walk and was filled with confidence. My family members couldn't believe I wasn't using a walker.”

After being in India for over a month, Jeanmichel returned to his home country on the 10th of May. "Overall, things are just so much better now. I am glad I had spine surgery. It's given me back my life, and allowed me to enjoy the finer things in life again. And now it's like the pain was never there."

Belinda Sangona from Kenya Receives a New Lease of Life ... Patient from Bangladesh shares his experience on Vasecto ... Jean Cyril from Mauritius Gets Rid of Cerebellar Tumor 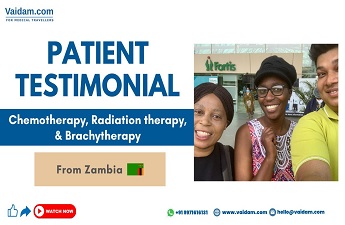 US couple gets a comprehensive health checkup in India 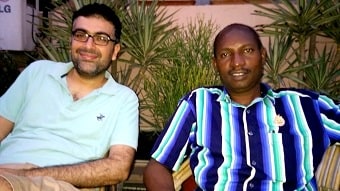 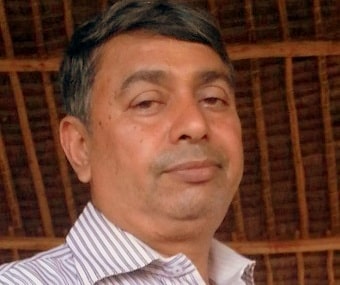 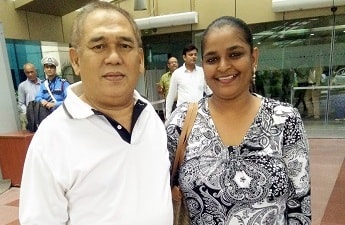