To overcome restrictions due to Corona Virus, we are offering Paid Online Consultation with doctor.
Request a Quote
x

Ibrahim Alusine Koroma from Sierra Leone had been having a disease called Elephantiasis. As a result of this ailment, he started having swelling in the legs. As the swelling kept on increasing, Ibrahim was getting anxious and worried. This created hindrance in his day-to-day activities. Not only this, Ibrahim was getting more depressed with each passing day after observing abnormalities in his appearance.

Elephantiasis, also known as Filariasis is a tropical disease caused by the parasites. This primarily affects the lymphatic system and causes enlargement in legs, arms, and genitalia. Most of the time, the disease is managed with the medications, but can also be surgically treated in extreme cases.

Ibrahim had been taking medications as prescribed by the doctor in his country. However, the symptoms did not have much improvement. Ibrahim was not able to focus on his work and enjoy life otherwise. He was fed up of taking the medications and wanted to have a permanent solution to it. Because the resources are limited in Sierra Leone, the patient decided to come to India for the treatment. To expedite the process and get proper assistance, he visited the website of Vaidam Health and posted his query. Shortly, he was contacted by Archana Tripathi, one of the case managers of the team. She assisted the patient in the entire process until his arrival in India. 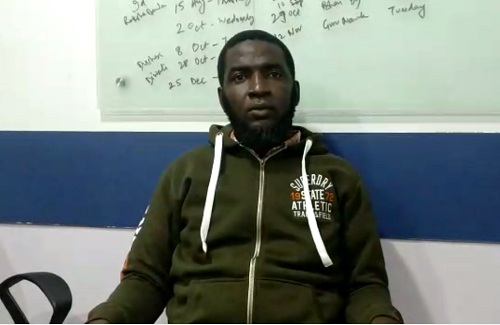 To begin with, Ibrahim’s medial reports were shared with some of the best plastic surgeons in India to get the opinions and the associated cost. Then, with the help of the case manager, Ibrahim finally decided to meet Dr. Charu Sharma from Gorzeous Looks Cosmetic Surgery Center, New Delhi. The team helped him getting the visa invitation letter from the doctor and application of the medical visa. After completion of the process, Ibrahim arrived in India on 12th November 2018. As he arrived, he was taken to the hotel and soon after his appointment was booked with Dr. Charu. The doctor did a complete evaluation of his condition and conducted the required investigations. Finally, he was advised to have plastic surgery.

The surgery was conducted successfully. It was carried out in multiple sessions and went on for more than a month. The patient stayed in India for a few days after the surgery to have follow-ups with the doctor. He finally went back home on 12th January 2019. Ibrahim was happy, relieved and entirely grateful to the Vaidam team and the hospital. He would no longer have to face the depressing predicament again.

Vaidam wishes Ibrahim a speedy recovery and a healthy life ahead.

Elvas Jere is now Able to Eat Food, Thanks to Artemis Ho ...

Lyd Brunchault from Reunion, France Gets Back his Smile ...