Life had been pretty good for Naume Manuel Bembele, a resident of Mozambique, till she got to her 56th birthday. With the exception of a few minor health problems, she was overall very healthy. “I had lost my friend to Cancer; this made me extremely particular about getting regular check-ups and mammograms done. I have always taken good care of myself”, said Manuel Bembele in her native language- Portuguese.

“Last year, my family and I were planning a holiday to South Africa, little did I know that my life was about to change enormously after. During a random check-up, post the holidays, the doctor noticed some suspicious spots on my mammogram. My doctor told me that the cells had been developing for several years. I was surprised by the diagnosis since my family had no history of cancer and it took a moment for me to digest the sudden news. I had been scared of this disease and now I was a patient.” This whole situation was beyond Naume’s control, and her ability to cope with the situation was increasingly becoming more difficult. 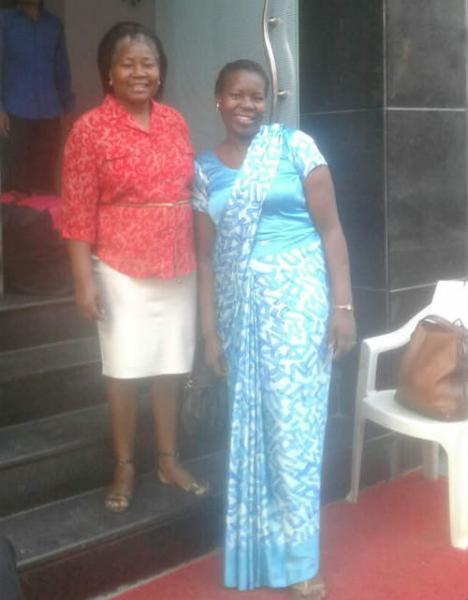 Not wanting to involve her family earlier on, Naume initially tried to hide her health concerns from them. “I just couldn’t tell them about my health problem, I didn’t want them to worry about me“, said Naume. Over the course of a few months, her behavior changed; she had resigned her fate and felt that death was her only way out. Oblivious to this, her son Fiado Baloi one day noticed that his mother was hiding something. He insisted that she tell her if something was wrong. This was then when she narrated her health condition to Fiado Baloi. “The news sent chills down my spine. For a few seconds, I went numb. Then I gathered enough courage to promise my mom that I will not let anything happen to her. But, I didn’t know what to do. I just wanted to get things taken care of quickly before things got out of hand”, said Fiado.

As time moved on, Fiado made it a point to meet doctors that friends and family members recommended, however, on every turn Naume could not get the right diagnosis for her illness. This is when Fiado decided to find a doctor in another country. While browsing through Google, he came across Vaidam and got options for best hospital for breast cancer in India. He was especially inclined to read patient stories of other patients who had been through similar struggles; some of them even from their home country of Mozambique. After reading the patient stories, he found the strength to take this problem head-on and decided to send a query for his mother’s treatment. After a few Emails and phone calls an appointment with Dr. Kapil Kumar from BLK Hospital in Delhi was fixed for 28th February. 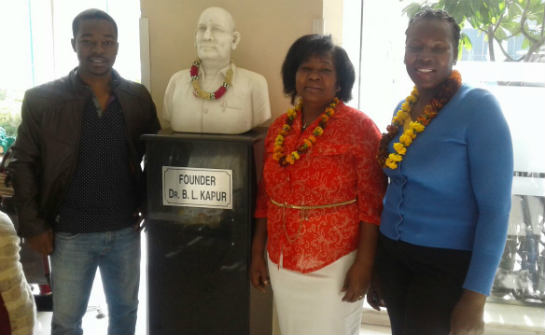 Under the supervision of Dr. Kapil Kumar, some preliminary tests were conducted to determine whether Naume could benefit from Chemotherapy. “After evaluating the test results, one of the best breast cancer doctors in India advised us to begin the chemo as early as possible. My mother was scheduled for chemotherapy and radiation therapy the very next day.” The Radiation continued every day for the next seven weeks. “The procedures went smoothly. The nurses were attentive and made sure that I was taken care of. After chemotherapy and radiation therapy, slowly and painfully I found my way again”, stated Naume. After the first phase of chemo, there were visible signs of improvement in the mobility of Naume, the chemotherapy was doing its job.

“My memories of this tough period in my life are a blur of anxiety underpinning every decision and thought that went through my mind. However, the period has passed now. I am touched by Vaidam Team and Fiado’s steadfast support.”

“My mother had always been a pillar of strength for me, and during this tough time, it was no different. I was experiencing a flood of emotions and gratitude when I heard from my mother that she is feeling better now”, said Fiado with tears in his eyes.

Unable to Bear the Pain, Mosab Omer Elhassan from Sudan ...

Mrs. Emily Caroline Mwihaki from Kenya Gets a Satisfacto ...

Yousfi Aziz from Algeria gets Health Checkup in Turkey