About his work range:

Dr. Debasish Banerjee is a Surgical Gastroenterologist with 30+ years of experience. His clinical interest lies in Gastrointestinal Surgery, Operations on the Liver, Laparoscopic Surgery, Pancreas and Biliary Tree. He completed his MBBS, MS from PGI, Chandigarh and FRCS (UK). He has many publications under his name in national and international journals. His specialization is in the area like Gastrointestinal Surgery, Laparoscopic Surgery and Operations on the liver and biliary tree. The list of treatments includes Bowel Obstruction Treatment, Crohn's Disease Treatment, Transesophageal Echocardiography – TEE and Anti Reflux Procedures. He is a Consultant at Apollo Gleneagles Hospital, Kolkata. 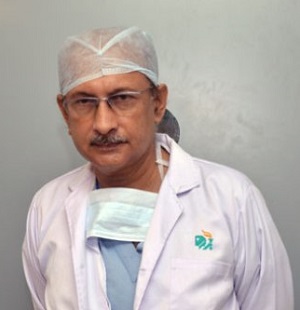 What is gastrointestinal surgery?

Gastrointestinal surgery is a treatment for diseases of the parts of the body involved in digestion. This includes the esophagus (ee-sof-uh-gus), stomach, small intestine, large intestine, and rectum. It also includes the liver, gallbladder, and pancreas. 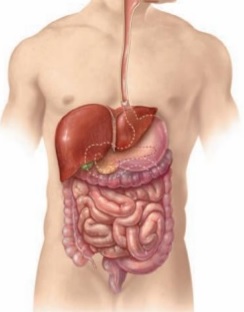 Surgery may be used to remove a cancerous or noncancerous growth or damaged part of the body, such as the intestine. It may also be used to repair a problem like a hernia (a hole or weak spot in the wall of the abdomen). Minor surgical procedures are used to screen and diagnose problems of the digestive system.

The key role of the digestive procedure is to prevent the body break down and take up food. Also known as the gastrointestinal tract, it comprises the mouth, small intestine, esophagus, stomach, large intestine also called the colon, rectum, and anus. Small glands in the mouth, stomach and small intestine create juices to help out digest food. The digestive system also encompasses a layer of smooth muscle that pushes food along the tract.

Sometimes called acid reflux or heartburn, GERD is a disorder where stomach acids reflux or "back up" from the stomach into the esophagus. People often define heartburn as a burning sensation. Transoral Incisionless Fundoplication(TIF) is an incision-less procedure for curing people with acid reflux disease. Using a special device, the surgeon reconstructs the anti-reflux valve at the entrance of the esophagus into the stomach to avoid reflux.

Gastrointestinal surgery has been studied as a reasonable option for adults with morbid obesity. The outcome of the studies in adults has exhibited postoperative weight reductions of 25–35% and reversal of major comorbidities such as Type 2 DMand hypertension.

26-year-old Saved from Future Strokes After a Successful ...

First of its Kind in the World: Sitting at the Distance ...

What Organs Does a Gastroenterologist Deal With