Sinusitis and Sinus Surgery: Facts, Myths and the Way Forward

What is Paranasal Sinus?

Sinuses or paranasal sinuses are normal structures in the human skull that are essentially air containing and mucosa lined cavities, well connected to the nasal cavity or nose proper. The mucosal lining of the nose continues inside the sinuses that are distributed above and below the orbits (eye sockets) and continue deep inside towards the brain in midline. Any infection or inflammation of one or all of these sinuses is called “sinusitis”.

Essentially sinusitis can be the acute or recent onset variety which normally happens following an upper respiratory infection or common cold and progresses to frank headache/facial pain and nasal discharge. The treatment usually is a course of symptomatic drugs or antibiotics based on the clinical evaluation by the otolaryngologist. 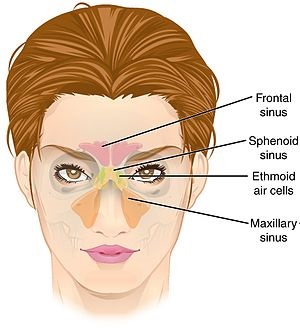 CRS without polyps is characterized by long-standing inflammation of sinus mucosa, blockage of sinus outflow tracts and accumulation of diseased mucus in sinuses and hypertrophy of sinus mucosa. All this leads to symptoms such as nasal congestion, postnasal drip or discharge, facial or head heaviness and blockage of the nose that is more marked when lying down.

The treatment of this includes endoscopic sinus surgery to re-open the blocked sinus tracts and remove the diseased mucosa while sparing the normal mucosa. Since normal mucosa and uninvolved sinuses are spared during surgery with every effort being done to limit the scope of surgery to expedite post-surgical recovery and nasal healing, this is termed as “Functional endoscopic sinus surgery”.

Functional endoscopic sinus surgery: The procedure is fully endoscopic, being performed through the nostrils through precision and powered instruments and lasers or plasma ablation. This procedure leads to the manual opening of blocked sinuses thus creating a wider space in nasal cavities and sinuses for better reach and penetration of nasal sprays and drops or saline washes meant to keep sinuses clean. 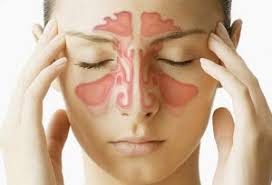 CRS with polyps is a hypersensitivity inflammatory disease that represents the end of a spectrum of sinus inflammation in terms of severity and eventual outcome. The role of surgery in polyp disease is more compulsive in form of the only way to remove the polyps and diseased mucosa from nose and sinuses and open the sinuses widely to facilitate regular nasal saline irrigation and steroid sprays that are mandatory to ensure long-term disease control.

The goals of endoscopic sinus surgery are slightly different here than in sinusitis without polyps, as here the surgical scope is more aggressive to reduce disease recurrence. The surgery also ensures obtaining mucosa and polyps for histopathological examination thus further assisting in disease categorization, post-operative medical treatment, follow-up and incidental diagnosis of nasal and paranasal tumors.

Though follow up by means of clinical examination, nasal endoscopic examinations and CT scans of sinuses are recommended for all sinusitis patients undergoing sinus surgery, it is critically important to prevent disease recurrence in polyp cases.

The quality of life is significantly improved in terms of relief from headache, lack of smell, nasal blockage, sleep disturbances and nasal discharge.

Fact: Chronic sinusitis is not the same as nasal blockage or congestion. Nasal obstruction can be caused by the deviated nasal septum, turbinate hypertrophy, chronic sinusitis, tumors or nasal allergy and nasal decongestant abuse. Each of the above requires different management.

Fact: Sinusitis is of different subtypes and all require a different scope of medical or surgical treatment. Allergy such as sneezing or watery nasal discharge is seasonal and can always come back depending on immunity and environmental issues. Outcomes of endoscopic sinus surgery depend upon the subtype of sinus disease (polyp vs non-polyp sinusitis), kind of surgery performed (polypectomy vs endoscopic sinus surgery), the extent of surgery performed (basic vs extended), presence of bronchial asthma or aspirin hypersensitivity and clinical and endoscopic follow-up post-surgery.

Fact: Antibiotics have very little penetration in bony sinuses inflamed over long periods and coupled with resistant bacterial biofilms, antibiotics have a very limited role to play in the management of chronic sinusitis. Surgical disease removal followed by nasal saline and medicated washes are the most effective method for removing inflammation and infection. Further, frequent antibiotic courses lead to antibiotic resistance not just in the patient but also in the community and can have potential adverse effects on immunity.

Manipal Hospital Dwarka specializes in state of the art management of acute and chronic nasal and sinus conditions and surgical therapies, including revision and complex sinus surgeries using state of the art surgical equipment.

Can Acoustic Neuromas cause Vision Problems?