Introduction- An Overview of Cancer

Our body contains about a trillion cells which constantly keep dividing to form new cells and replaces the old ones. It is only when a type of cells start dividing incessantly and directionless, it turns into what we call cancer. Cancer is a much wider term for a group of related disorders.
Once the cancer is developed, the new cells formed are no longer defined in terms of size, shape or function. The cancerous cells are abnormal and do not perform any function. In the malignant form of cancer, they can spread and invade the surrounding cells, and also reach distant places through blood or the lymphatic system to form new tumors. However, benign tumors are usually confined to one place and do not spread to the surrounding areas.
Note - All benign tumors are usually harmless except the brain benign tumors, which can be life-threatening.

Why is Turkey a preferred destination for cancer treatment?

Turkey is a worldwide popular destination across the globe for medical treatment. The country tops the list when it comes to its cultural and historical appeal. Also, the panorama is such that, the medical tourists feel relaxed during their treatment leading to increased chances of improvement and positive results. Not only this, Turkey has been attracting a lot of international patients due to its hospital infrastructure, which is a result of years of large-scale investments by both the public and private sectors.

For instance, according to the Turkish Healthcare Travel Council, in the year 2017, the country rendered its medical services to approximately 765,000 patients from 144 countries.

In addition to this, Turkey has great connectivity internationally. The airlines are increasing the number of flights to Turkey each passing year. Turkish Airlines have started providing flight rates at much-discounted prices.

Some other advantages of getting a cancer treatment done in Turkey are:

Some of the most common treatments done in Turkey for cancer are:

Additional information -  Some of the top hospitals in Turkey are now offering a specialized facility to provide a full range of radiation therapy. Such a facility is the first of its kind outside the United States in terms of quality treatment. To read more about this, click here.

The doctors think that there is no single cause for behind cancer. Instead, it is a combination of multiple factors which poses a risk or a threat for cancer. These factors may be social, environmental or genetic. Some of the most common risk factors for cancer are:

A gene mutation can be caused as a result of the following reasons:

The exact signs and symptoms of cancer depend upon the type of cancer and where it has occurred or areas affected.

What are the ways in which cancer can affect our body? There are multiple ways:

Some of the most common signs and symptoms associated with cancer are:

Cancer stages and its diagnosis

Staging of cancer is very important as it simplifies the location of cancer, the extent to which it is spread and also tell if it has spread to other parts of the body. The staging is helpful to the doctors and the patients in the following ways:

The TNM staging system is the most commonly used method used by doctors. This classification can convey the following information about a case:

T - how large is the primary tumor and where is it located?
N - has the tumor spread to the lymph nodes and if yes, how many?
M - has cancer spread to other body parts; if yes, how much?

It can also tell if there are any biomarkers linked to cancer.

The TNM staging is combined with I to IV classification:

Stage 0 - This means cancer has not spread to the surrounding structures. This type of cancer can be cured easily, mostly by surgical removing the tumor.

Stage I - The tumor is still small in size and has not spread deeper into the tissues, nor into the lymph nodes. The cancer is still curable and is known as early-stage cancer.

Stage II  and stage III - these stages indicate a larger cancer that has gone deep into the tissues and may also have spread to the lymph nodes. However, it is still not metastatic.

Stage IV - This indicates advanced or metastatic cancer which has spread to other parts of the body.

Other than this, there is another classification for carcinoma. According to the National Cancer Institute, most of the cases are of following types:

Lymphoma - Tumor occurring in the lymphatic system including tonsils, thymus or spleen. It is mostly related to immune activity and hormones.
Myeloma - This mostly occurs in the bone marrow and originates from plasma cells
Leukaemia - This type of cancer also occurs from the bone marrow producing the red blood cells.
Sarcoma - This originates from connective tissue such as bones, muscle, fat, and cartilage. It is more common in young people.

How is it diagnosed?

The most common tests used the cancer doctors are as follows:

Clinical or physical examination - After asking you several questions and taking a medical history, the doctor will clinically evaluate you for any lumps or thickening of skin, color changes in skin, or enlargement of any organ. This evaluation gives a rough idea about the presence of cancer and also its location.

Laboratory tests - These tests include urine and blood tests used to identify the abnormalities in the cell number, function, structure etc. For example, a CBC test can reveal extremely high number of cells which indicate leukemia.

Biopsy - A sample of affected cells is taken and sent to the laboratory. A biopsy helps in providing a definitive diagnosis of cancer. Depending upon the way of extracting the cells, the biopsy is of following types:

Here is a list of the most common types of cancer prevalent across the globe, along with the

While deciding the exact treatment for a particular case, the doctors have to consider three types of treatment objectives for treating cancer. These are:

The most common treatments used for cancer are:

The survival rate of cancer in Turkey

An overall survival rate for cancer depends upon the following factors, such as:

Cost of cancer treatment in Turkey

On average the cancer treatment can cost you around 2000 USD in Turkey. However, the exact cost may vary from case to case. The cost may be as low as 600 USD and as high as 3000 USD. Here is a cost comparison for cancer treatment in the top three medical destinations across the globe.

Several factors contribute to deciding the exact cost of cancer treatment. These factors are:

The complexity of the case-  Patients with a complicated and critical case may be charged higher than others as even a minute mistake can lead to fatal consequences.

The reputation of the hospital - some hospitals, which are popular for their treatment charge higher than the other hospitals to all patients.

Fees of the doctor- Doctors who are highly experienced and renowned in their fields usually charge more fees than others.

Cost of living - The cost of your accommodation place and commuting from one place to another also adds to the overall cost of your treatment. 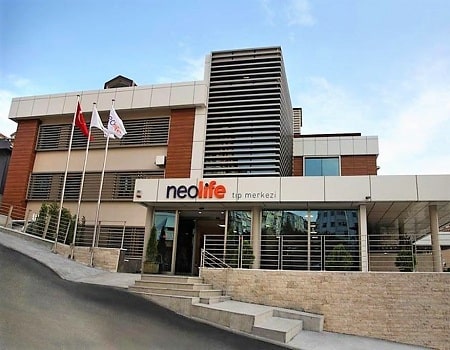 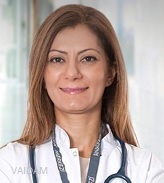 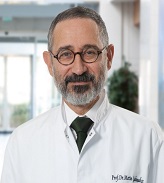 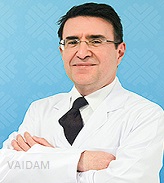 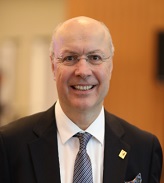 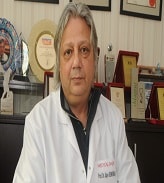 How many rounds of chemotherapy can a patient have?

Doses of chemotherapy may be administered on a daily basis, weekly or even monthly. The drugs are given at regular intervals, which are known as cycles. Generally, a patient may need four to eight cycles to treat cancer. However, it is entirely based on the type of case, the extent of its metastasis and structures involved. A series of cycles is called a course.

How long after the chemotherapy does the hair fall start?

In most cases, the hair fall begins 2 to 4 weeks after the treatment is started. It may instantly start falling out in clumps or slowly over time. The patient may start noticing accumulating loose hair strands on the pillow or in the hair comb.
The hair fall is continued throughout the treatment and up to a few weeks after that. In some cases, the hair only gets thinned, while others may get completely bald.

What is the difference between radiation therapy and chemotherapy?

Radiation therapy involves high doses of radiation focussed on the cancerous cells or the tumour, without causing much damage to the surrounding tissues. On the other hand, chemotherapy is structured to work throughout the body in the form of systemic administrations of drugs. The drugs can kill the cancerous cells in all parts of the body, but can also harm the natural cells.

A Complete Guide to Immunotherapy Treatment in India

Millions of Indians are Grappling with the Costs of Canc ...