Give your loved ones a somewhat better life than what Alzheimer’s Disease left them with!

Alzheimer’s has no cure. However, few medicines can reverse few symptoms allowing the patient to live a better life. Understanding your need, we support you with best specialists and treatment for Alzheimer’s, so that you can share some good moments with your dear one!

This is per month cost for Alzheimer's disease drugs.

Alzheimer’s is a condition that is typically elucidated as a phase where a person starts facing problems with remembrance, thinking and behaviour.

There isn’t a specific test to detect Alzheimer's disease. Therefore the symptoms and medical history are analyzed before confirming the diagnosis.

The progression of Alzheimer's disease can be sub-categorized into three main stages:

Furthermore, the Alzheimer's Association describes the stages of Alzheimer’s disease along perpetuity of a cerebral decline, based on the symptom’s harshness. A diagnosis does not usually become clear until stage four, described as "mild or early-stage Alzheimer's."

There is no cure for Alzheimer’s disease. The damage inevitably caused to the brain cells, unfortunately can’t be reversed. Notwithstanding, there are certain therapeutic properties that can still make the survival of the patient easy. Alzheimer’s disease care can be taken keeping in mind the following as suggested by the Alzheimer’s Association:

Cost of Treatment for Alzheimer’s Disease

Q: Who treats Alzheimer’s disease?
A: A neurologist is the doctor who takes care of Alzheimer’s patients.

Q: Is the disease hereditary?
A: There is a possibility that you might develop Alzheimer’s disease if someone in your blood relation has it.

Q: Can Alzheimer’s disease be prevented?
A: Like there is no permanent cure for this disease, similarly there is no evidence about the preventive measures that can be taken to avoid Alzheimer's disease. However, studies indicate that a certain lifestyle may slow down the cognitive decline of the patient. The following steps if followed may help:

But most importantly, make sure that a doctor is consulted before making or trying any of the above mentioned lifestyle changes.

Q: If I am going abroad what all things I should keep in mind?
A: It is advisable to have the identity and the address of the patient tagged. Also emergency contact information should be kept handy.

Q: What specific document do I need to carry with me when planning to travel?
A: Please ensure that you obtain a copy of the medical file from the treating doctor with all up-to-date information on the treatments undergone mentioned in it for the last six months. 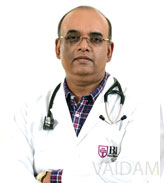 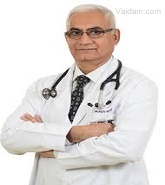 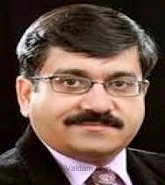 Partially Blinded by a Recurrent Brain Tumor, 14-Year-Old Mihir Caunhye from Mauritius Undergoes a Successful Craniotomy in India. After the treatment, Mihir flies back home with a smile

After the treatment, Mihir flies back home with a smile

Bed Ridden With Several Burns and Spine Injury Liberian Soldier Jefferson Papie Titus Gets Respite from the Agony in India. Severely injured in a mine blast Titus underwent multiple treatments in India

Receiving a Proper Diagnosis and Medication Masuma Nasim and Md. Abdul Maleque Sarker from Bangladesh Got Relief from Their Age Old Health Concerns in India. Both of us hope to recover soon

Both of us hope to recover soon

Loosing His Abilities of Speech and Mobility After Stroke 49-Year-Old Briandolph Adjin Tettey from Ghana Undergoes Complete Rehabilitation in India. I am glad to see the gradual improvements in my father's health

Abwoum Returns to Cameroon after 2 Months in India for Brain Tumour Surgery at Sharda Hospital. Brain Tumor can no longer stop Abwoum from enjoying outdoor activities. Read her awe-inspiring story.

Rebati Rajbhandari Joshi from Nepal Gets Meningioma Excision by One of India’s Top Neurosurgeons at Artemis Hospital. After reading reviews about the Artemis Hosptial and doctor, I felt at ease that I was in good hands.

After reading reviews about the Artemis Hosptial and doctor, I felt at ease that I was in good hands.